My games that I made with my little hands

Not only video games! 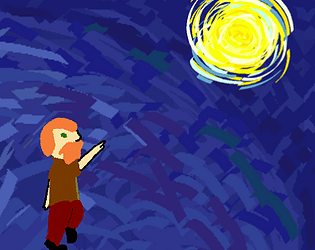 A small rythm game made in 48h for the Paint Jam 2019. Stars will appear synced with a beat, then you will have to click on them in order, following the beat as well.

The jam received 33 entries and mine was voted #1 in sound, and second in mechanics, fun, and overall quality. My partner Bloons the Cat, who made the art, got an honorable sixth place.

Play the game on Itch.io 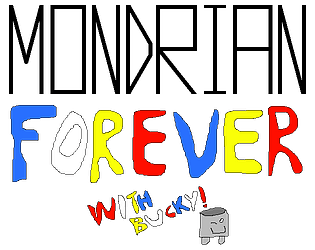 A small plaform/puzzle game made in 48h for the Paint Jam 2020. Help Bucky paint the level!

The jam received 91 entries and mine was voted #1 in sound, #4 in fun, #5 in machanics, and #3 overall. All the code was made by my partner Avantir. I made the art, sound and most level design.

Play the game on Itch.io

A choose your own adventure game, full of stupid humour and dubious puns. You’ll have a good laugh… maybe.

Another stupid and simplistic game where you make big melees with rogues, wizards and warriors. In French only just because I’m lazy. You’re not missing on much though.

A small game I made to train with the SFML. An invisible square appears somewhere in the window and you have to click on it. An indicator turns more or less green as you get closer. You must find the square in a minimal amount of time, with as few misses as possible.

2 to 4 players (ideally 2; the rules for more than two players are experimental and haven’t really been tested)

Mana Hazards is a game where you play as a mage fighting the other(s) in duel. At each turn, you throw a die to determine what kind of spell you will be able to cast. Use the various synergies between spells wisely overpower your opponent(s)!